The history of Railway Cottage

The village Glenbeigh (Gleann Beithe), which means the glen of the Birch-trees, was the fifth station and mid-point of The Great Southern & Western Railway line of Ireland.

The complete distance of 39.5 miles, started in Farranfore and ended on Valentia Harbour, opened officially on the 12th September 1893 and crossed two tunnels, three rivers and four viaducts.

Next stop after Glenbeigh was Mountain Stage and the locomotive had to climb 400ft. "Iron rails to Glenbeigh and iron nerves from there on", a passenger once remarked.

This railway line with scenic views to Dingle Bay, Rossbeigh Beach, Inch Strand and the Blasket Islands ended on the 30th January 1960.

Railway Cottage was build in 1890 as a milesman's house. The crossing Curra road was the old road towards west to Cahersiveen and a railway gate was placed in front of the cottage. The original groundplan was just the todays living room with a stove in the middle. A low first floor was probably used as bedroom or storage space.

After the Great Southern & Western Railway closed the line in 1960, Railway Cottage was uninhabitated for almost 10 years. The house was known in the parish as the "bee cottage", because a beekeeper used it as a hive. 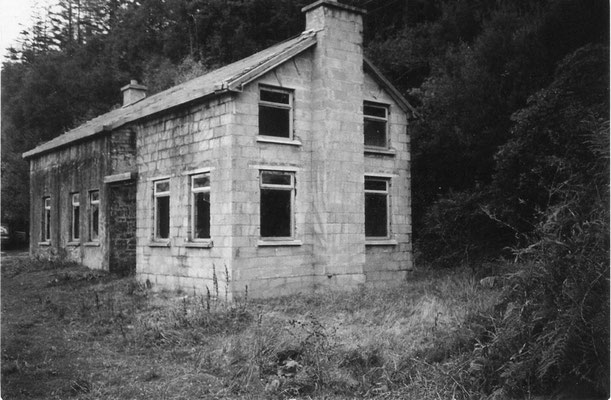 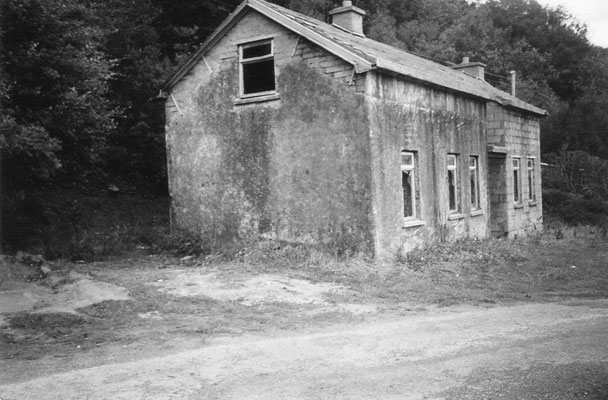 In 1970 a lady bought the cottage and expanded it to todays size. An entrance and a kitchen was added at the right side to a larger ground floor and the first floor got a higher ceiling. The 60 cm thick stone walls were kept as well as the steep staircase. Todays door to the living room was the former entrance door and the in the middle placed stove got replaced to the end of the wall where it is now. The fasade received structure with the traditional Irish random rubble stone technique, which only a handful of houses have in the area. According to locals, the cottage was still an odd and chaotic house. The barn door in the kitchen replaced a former window and the first floor became divided in seperate rooms many years later.

After the lady passed a Londoner bought Railway Cottage in 2015, modernized, renovated and refurbished the house with built in furniture and a luxurious bath with an easy access shower.

Frank Jäger and his husband Markus Ehrhard then became the new owners on the 01.09.2017. And whenever they see antiques from around 1890, like the wardrobe, which is in the entrance, or original signs from the railway line, they buy it for the Railway Cottage.

Learn more about the history of Glenbeigh on: www.glenbeighhistory.com